Nowadays, everywhere you turn people are doing whatever they can to save money. Everyone is feeling the pinch and so it’s no wonder that belt tightening is in vogue today. I am a full believer that HOAs need to periodically shop for insurance to keep agents honest and to ensure they are not overpaying for coverage. That being said, unfortunately some shady insurance agents have decided that cash strapped associations are ripe for easy pickings. When one of these rogue agents gets into the HOA bidding process insurance professionalism gets tossed out the window and the boar 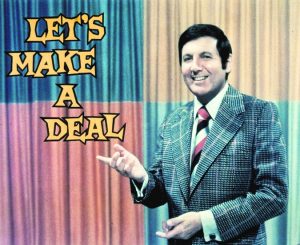 d is faced with “Let’s Make a Deal” type decisions.

Here’s how the “Insurance Switch Game” is played:

An association rightly decides it’s time to bid their insurance before the renewal to see if a better insurance alternative at a lower price is available. The budget is tight so the board is looking to save money. They have their renewal quote in hand and decide to call upon two other agents for bids. 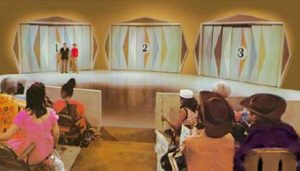 The incumbent agent sends the renewal quote with a premium increase of 6%. The board has been with this Farmers agent for 10 years and has not looked at the policy since it was purchased.

An independent agent (can bid with many carriers rather than just one like Allstate, Farmers, State Farm) who specializes in HOA insurance submits an in-depth insurance proposal to the board. This agent has spent several hours of time assessing the insurance needs for the association by examining property specifics, CC&Rs, financials, building replacement costs, state laws etc. In addition, the agent examines current coverage for deficiencies and provides a line by line coverage comparison between the current and proposed insurance policies. The quote which includes broader more comprehensive coverage than given on current Farmers policy comes in $625 cheaper than current renewal.

The board hopes they can get an even better deal than Curtain Number Two so they call another broker to ask if he can do better. The agent asks what number he has to beat so the board forwards the complete proposal from the other agent. Like magic the agent responds with an email with the name of same carrier as Curtain Number Two and a lower premium quote. 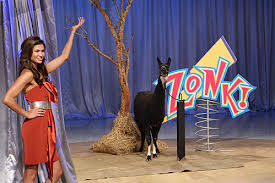 The board hastily drops their Farmers policy and buys the policy offered behind Curtain Number Three. Unfortunately, they picked the “booby prize” and they didn’t even know it.

The expert agent behind Curtain Number Two did all the work. They pointed out the deficiencies with the Farmers policy and then went out to market to get the best quote for the necessary coverage to properly protect the association. The board agreed with this agent that perhaps Farmers was not the best choice at this particular time so they were open to moving to the suggested carrier. However, the board’s goal was to save as much money as possible so they went with agent number three since he presented the cheapest quote.

The board has just purchased a policy that may have a fatal gap, lower limits or some other deficiency that means the HOA is not properly insured.

Here are the most common tricks:

1) The agent misrepresented the risk to get lower price
This means he said there were sprinklers if there weren’t any or that there was nonexistent security or construction was concrete verses frame etc.

Warning: When the company does its inspection and uncovers the misrepresentation they will raise the premium back to the original number.

2) The agent lowered the replacement cost values
The amount of coverage stated on a policy depends upon the amount the agent submits in the application process. This is a common trick used by dishonest agents and many times the buyer does not notice the coverage has been gutted to get a lower price

Warning: the HOA could be left holding the bag on a large claim due to lack of coverage

Most consumers are not aware that many carriers offer different levels of coverage. They can include different exclusions and different liability amounts etc. The only way you will discover these are missing is to read your entire policy and even then if you don’t know what to look for you can be unaware that your policy is missing necessary coverage

Warning: A claim could be denied because coverage for that condition is either excluded or coverage has been watered down with wrong form

The moral of the story is that choosing an HOA policy purely based on price can be risky business. Be sure you are dealing with an HOA expert that provides all the documentation and information you need to make an informed decision.